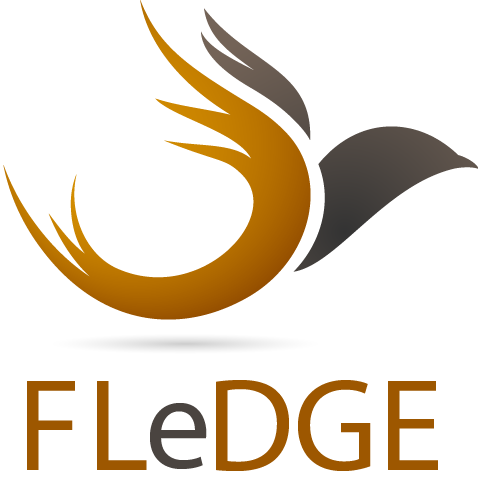 In 2008, with support from the National Science Foundation, Dr. Bill Hopkins established a formal mentoring program called Facilitated Learning for Developing Graduate Experiences (FLeDGE). The FLeDGE program facilitates reciprocal learning by pairing a graduate student or post doc (the mentor) with an undergraduate researcher conducting a senior thesis project in the Hopkins laboratory. The program requires a minimum 18-month commitment by both the undergraduate and mentor. The goal of this comprehensive program is to prepare undergraduates for their upcoming transition to graduate school, while simultaneously preparing graduate students and postdocs for their eventual transition into a faculty position. Undergraduates receive hands-on training with all major aspects of academic research including writing, critical thinking, experimental design, laboratory and field techniques, animal care and use, data management and analysis, and oral presentations. 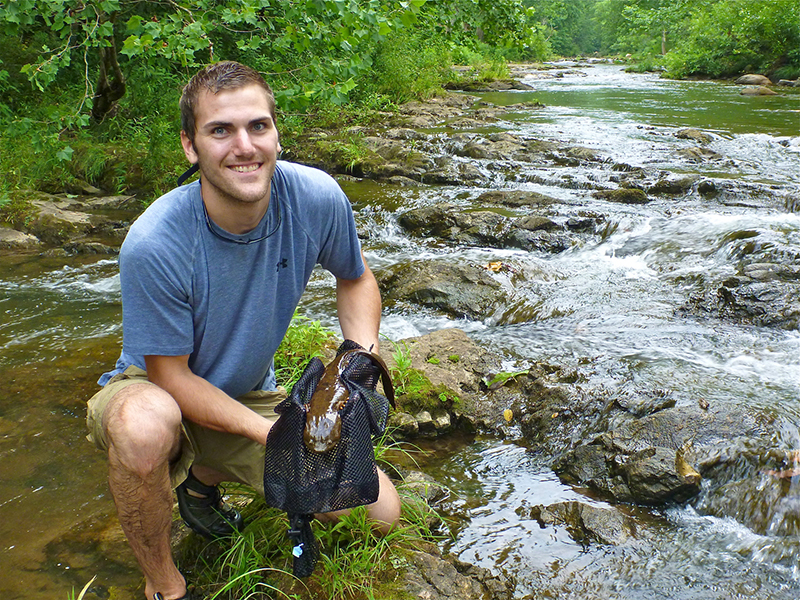 During their first semester undergrads are required to write a project proposal which is critically evaluated by multiple members of the laboratory. They then present and defend their proposal during an interactive forum with all lab members (students, post docs, technicians) and faculty and students from multiple departments around campus. After completing their research project during the second and third semesters, the student is required to produce a publication quality report of their findings and to present their findings to the laboratory before graduation. To ensure that each undergraduate and mentor have a fulfilling research experience, no more than two students are accepted into this program per year.

Thus far, six undergraduate students, two graduate students, and three postdoctoral fellows have been involved in the program. The first two undergraduate students, Brittney Hopkins [mentor Dr. Sarah DuRant] and John Burke [mentor Christine Bergeron]), graduated in 2009 and moved on to graduate programs. These two students have first-authored manuscripts that are currently published in Environmental Pollution and Journal of Experimental Zoology. The undergraduate student involved in 2010 (Amanda Wilson [mentor Dr. Sarah DuRant]), graduated and spent an additional year in the Hopkins laboratory as a post baccalaureate research fellow. Amanda recently accepted a PhD position with Dr. Rachel Bowden at Illinois State University. David Drewitt and Stephanie Chin [mentor Dr. J.D. Willson] finished their projects in May of 2012. Stephanie is starting graduate school at William and Mary in 2013 and will be working with Dr. Dan Cristol. Our most recent graduate, Lisa Trapp [mentor Dr. Michelle Beck], finished her work in the FLeDGE program in May of 2013.