Effects of pollution on songbird physiology

HomeEffects of pollution on songbird physiology 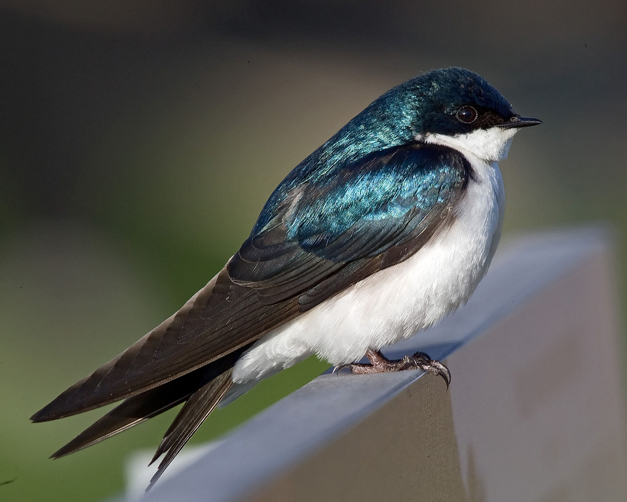 Mercury is one of the most widespread pollutants threatening the health of both humans and wildlife globally. Until recently, research on mercury pollution has primarily focused on aquatic environments, including fish and fish-eating vertebrates. However, studies now indicate high levels of mercury can be found even in insectivorous songbirds in forest habitats. Most research on adverse effects of mercury has focused on impacts to the nervous system and reproduction. Although direct empirical data are limited, some studies suggest mercury can also disrupt endocrine systems, such as the thyroid and adrenocortical hormonal axes, that are important for metabolism, development, and thermoregulation.

To explore the potential effects of mercury on adrenal and thyroid function during biological development, we sampled nestling tree swallows (Tachycineta bicolor) near the mercury-contaminated South River in VA, and at nearby reference sites where the only known source of mercury is atmospheric deposition. At both sites, we subjected swallow nestlings to a standardized handling stress protocol to assess adrenocortical reactivity and plasma triiodothyronine (T3) and thyroxin (T4) concentrations. Because adrenocortical responses and thyroid hormone levels change throughout early development, we measured these responses during early (3-6 days old), middle (7-12 days old), and late stages (13-17 days old) of the nestling period.

Tree swallow nestlings from the contaminated sites had blood mercury concentrations that exceeded those from reference sites by more than an order of magnitude. Compared to the reference sites, both adrenocortical responses and plasma T3 concentrations were suppressed in the contaminated sites, even though site differences in adrenocortical responses were only seen in nestlings approaching the age of fledging (13-17 days old). Although we could not examine the relationship between individual blood mercury and hormone concentrations due to the bimodal distribution of mercury concentrations, we propose that suppression of the HPA and HPT function were due to mercury exposure. To our knowledge, this is the first study to suggest disruption of multiple endocrine functions by mercury in wild animals.

To further examine the sensitivity of songbirds exposed to mercury along the South River, we manipulated brood sizes in 2008 to experimentally increase parental investments and sibling competition. We then observed the individual and interactive the effects of mercury contamination and brood density on birds’ endocrine and immune functions. We are currently analyzing these results.